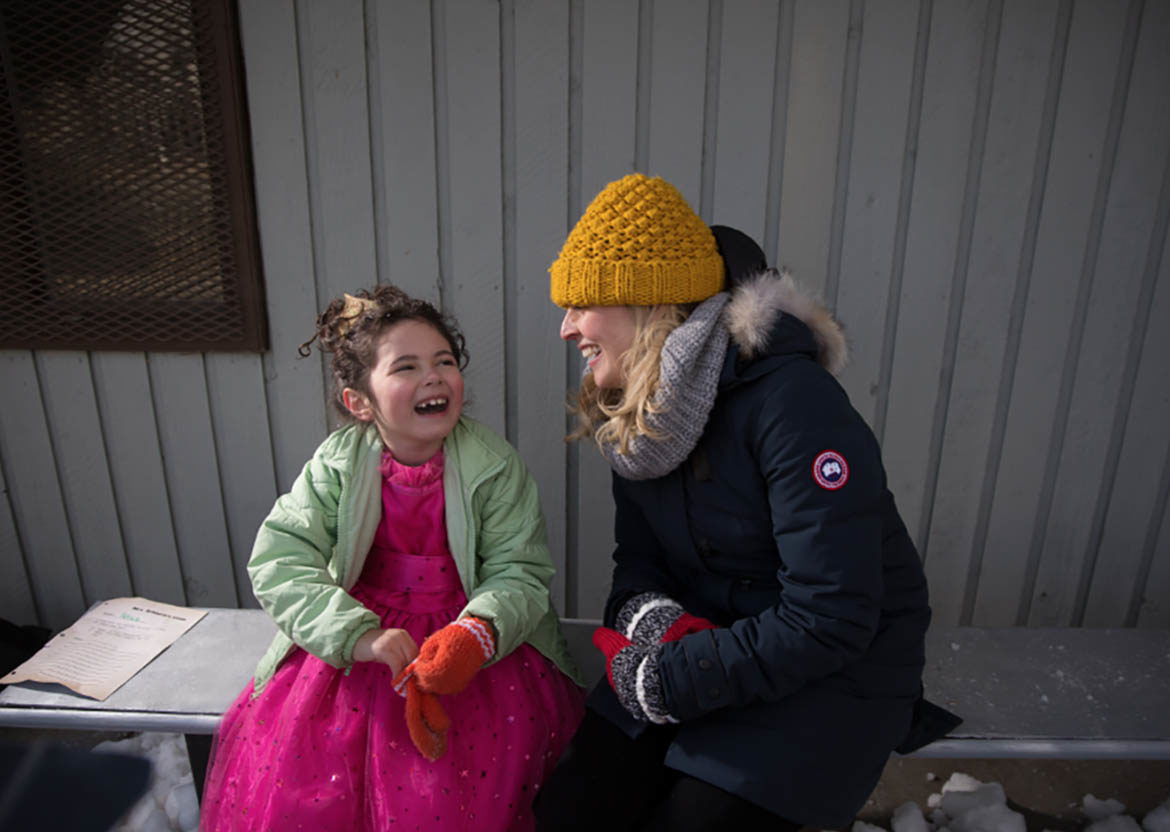 Well folks, that’s a wrap on The Winter Song and what an amazing ride it was!

The Winter Song stars Lina Renna who plays Pascale a grade 2 student who has had it with her family’s passion for hockey. I can safely say this project would not be possible without the absolute undeniable talent of 7 year old Lina Renna. Lina is a tiny tour-de-force and it is an absolute thrill to direct talent like that. There will be another blog post dedicated to celebrating Lina! 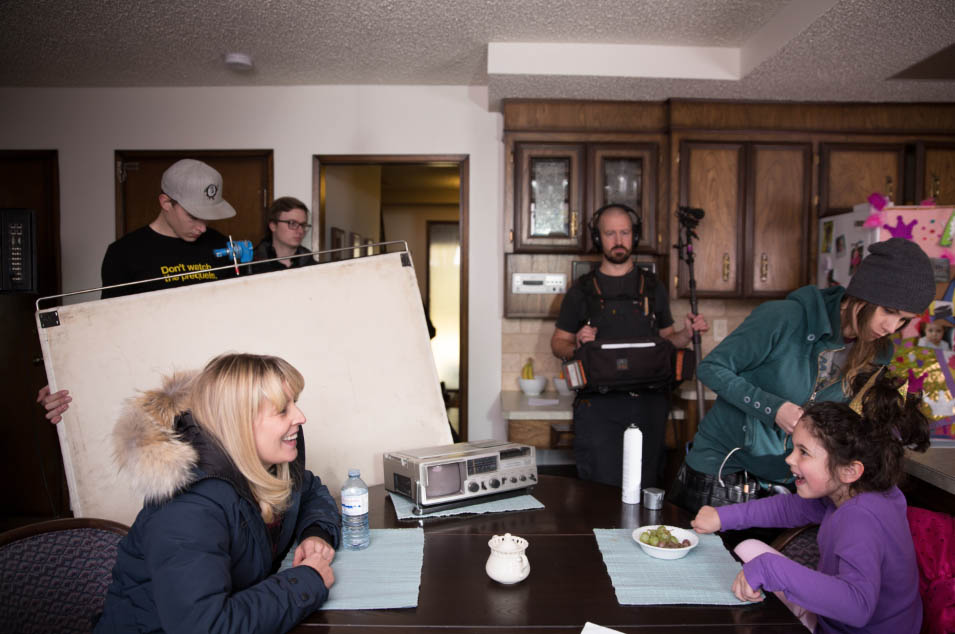 Charles Hamilton is the Director of Photography on the project. It was our first time working together but it certainly won’t be our last. Sharing his talent, he created the most beautiful looks for the movie – not to mention his patience with myself and the 40+ performers we had on the project! Here we are chatting about the audition scene. I went into this movie vowing to be well-dressed and keep myself together for the shoot, but quickly I was in Lulu and a greasy bun. Ha! 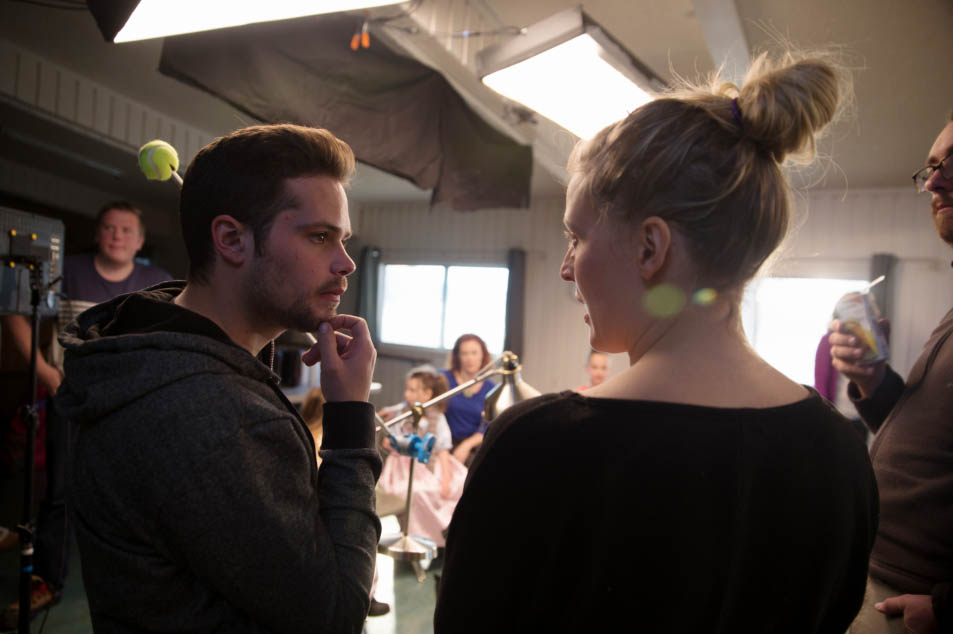 We headed to Calgary to film an outdoor winter wonderland scene and as Murphy would have it, an unnaturally warm fall led to not a snowflake to be found. The day after we filmed, it snowed and covered the world in white. Such is filmmaking!

Thankfully Mike Kasper and his team were ambitious enough to truck in snow from the local Zamboni snow hills behind arenas, so we were able to create a winter feeling for this Hockey Mom’s scene, among others. Jovanna Huguet played Elise, Pascale’s mom, and she played it to a tee!

This shot of the gang of Hockey Moms yelling at the game will always be one of my favourites. You ladies were hilarious! 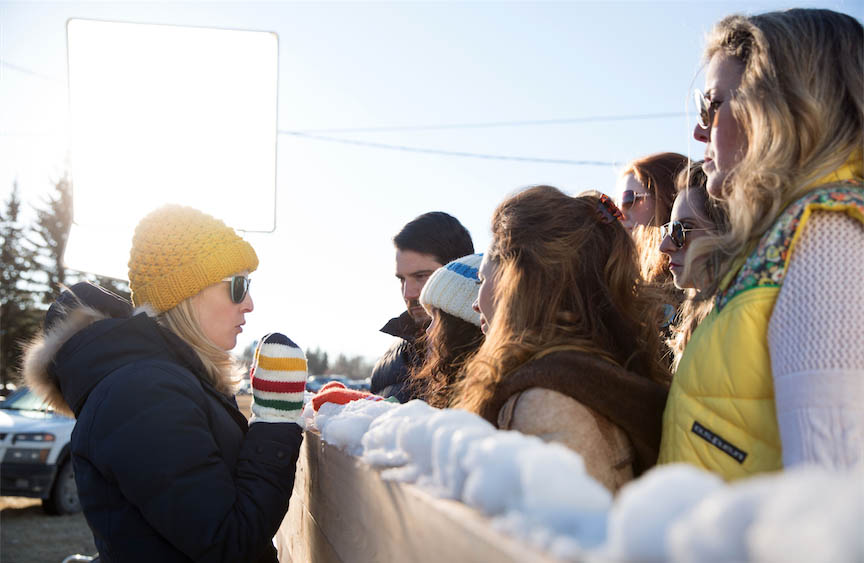 There will be many more blogs to come on The Winter Song. I will close this one by stating that this film would not have been possible without the support of my family and friends. You are amazing – every last one of you. Mom and Dad, thank you is not enough.

I will cherish these memories forever.